Netcompany wins EY Entrepreneur Of The Year in the Copenhagen region

For the third time in four years, Netcompany is the Cph. regional winner in EY's growth competition 'Entrepreneur of the Year'.

Rounding off another great year with strong growth results, Netcompany managed a repeat-performance from last year in winning the EY Entrepreneur of the Year award for the Copenhagen region on Wednesday night. The competition, which is organized annually, celebrates the premier growth companies around the world. The winner of the national competition in Denmark will be found on the 29th of November.

Commenting on Netcompany's win, Anders Flymer-Dindler, Associate Partner in EY and responsible for the Copenhagen region in EY Entrepreneur Of The Year, stated that:

”The regional jury has noticed, among other things, Netcompany's impressive growth, also in the number of employees. Concurrently, the company has demonstrated an ability to bring in new competencies with a focus on diversity. The jury also notes that the concept has proven to be highly durable, having been pressure tested following a successful IPO. Furthermore, the company's acquisitions and new set-ups show there is scalability outside the borders of Denmark.” 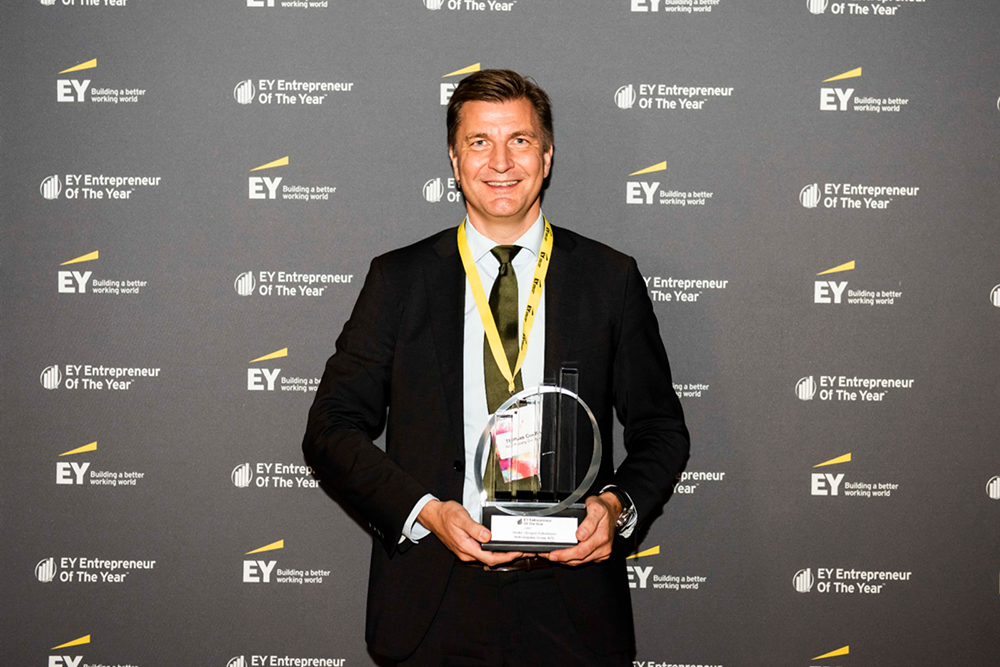 Thomas Cordth, Partner in Netcompany, received the award Wednesday night when the event took place at the National Museum of Denmark.